GET IN TOUCH WITH EXPERTS

The UK’s ecology sector plays a vital part in conserving and maintaining ecosystems and native habitats for wildlife and plants. However, the invasive and damaging effects of non-native weeds can cause significant economic and ecological problems within this area. It’s estimated that non-native invasive plants cause about £1.7bn damage to the UK economy on an annual basis. And legislation and parliamentary measures are in place to limit these impacts as much as possible. 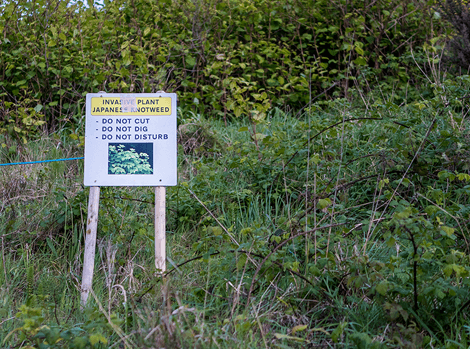 About the Growth in Invasive Non-Native Plants in the UK

The growth in international trade and travel over the past 150 years or more encouraged the introduction of non-native plants to the UK, and it’s now recognised that invasive plants are the second biggest threat to losses of global biodiversity, causing eradication of native plants and impacting upon their genetic diversity.

There are around 1,370 non-native plant and freshwater plant species in the UK, but most of these are not considered to be invasive as they make up less than 10% of habitats. Just 108 non-native plants have been classified as truly belonging to the invasive alien plant (IAP) species and these IAPs can cause considerable damage by dominating any habitat and causing the destruction of native plants.

Dealing with Invasive Weeds in the Ecology Sector

Of course, where possible, prevention of any entry of non-native plants into ecological habitats should be a principal activity for any habitat manager. Applying strict controls over the introduction of any imported plant species and carrying out regular risk assessments is critical for habitat management. However, prevention is not always possible, as many invasive weeds are already well established throughout the UK.

Early detection of any habitat encroachment from invasive weeds can be an important factor in the successful eradication of these plants. And, habitat management teams also need to be educated on the best ways of controlling and eradicating invasive weeds.

Identification of Japanese Knotweed can be difficult.

By simply emailing or texting several photographs KleerKut can give you peace of mind.

Ask for our Free Identification Card or Free Seminar info@kleerkut.co.uk or call on 0141 319 8210

Restoring native habitats that have already been invaded by non-native plants should be a two-pronged approach consisting of the removal of these invasive weeds and the re-establishment of native plants. We offer the professional weed control and eradication services needed to ensure the guaranteed removal of these alien plant species, particularly plants like Japanese Knotweed which can cause severe structural damage on many sites.

Some of the invasive weeds causing damage to natural ecosystems and habitats include:

Although some invasive weeds can be controlled and removed by regular mechanical controls or herbicides, it’s often the case that professionals need to be consulted to provide an effective eradication and management plan.

We are specialists in the removal of invasive weeds within the ecology sector. We work with all our clients to deliver an effective plan to control these alien species and remove them entirely from habitats, making it easy for teams to work on the re-introduction of native plants offering a better reflection of the UK’s natural ecology.

get in touch for more details